1. Do you like to party? Do you party a lot?
2. What makes a good party good, for you?
3. Have you ever been to a fancy dress / costume party?
4. How would you liven up a party?
5. Have you ever had or been to a surprise birthday party?
6. Have you been to a party in another country? How was it?
7. What good party games do you know?
8. Do you celebrate the coming of a new year with a party?
9. How many holidays do you celebrate? 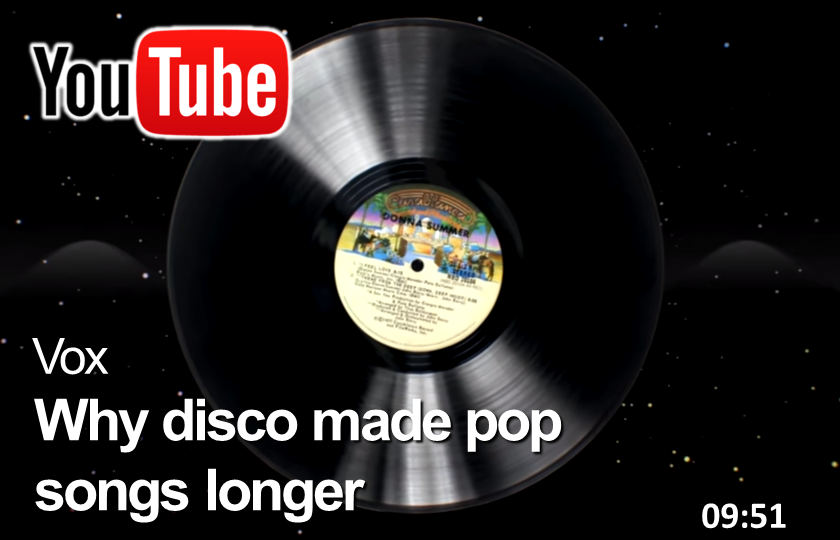 Why disco made pop songs longer

Disco, DJs, and the impact of the 12-inch single.
In the early 1970s, a musical sensation took over New York City. It was called Disco. Before Disco

became synonymous with Saturday Night Fever, Rod Stewart, and celebrity-fueled parties, it was an underground movement powered by the innovations of young DJs challenging themselves and each other to throw the city’s most adventurous dance parties.

By 1973, their influence as musical taste makers became apparent, and a handful of unconventional dance tracks became pop crossover hits. With barely any radio airplay, songs like “Love Theme” and “Girl You Need a Change of Mind” became defining tracks of the disco era.

These songs were repetitive, hypnotic, and funky, and they were also pretty long compared to other pop hits. That presented a problem for DJs using 7-inch 45rpm singles, which fit only 3:30 minutes of quality audio on them, during their night-long sets. They needed a vinyl record that could make their most popular tracks sound powerful on a dance floor and last the whole night.

In 1976, an accidental studio discovery by Disco pioneer Tom Moulton provided the solution: A 12-inch single. By stretching one song across 12 inches of vinyl, a format typically reserved for full-length albums, those extended dance tracks had room to breath.

By the 1980s, the 12-inch single dominated pop music. It not only changed the sound of records, it allowed for music producers to experiment with length and structure.