1. What time do you usually hit the sack?
2. How do you break the ice when you meet someone?
3. What is something that costs an arm and a leg?
4. Do you think learning English is a piece of cake?
5. What do you do once in a blue moon?
6. Do you spill the beans easily?
7. How often do you have your head in the clouds?
8. Are you sitting on the fence about anything?
9. What expressions would you use to show disagreement?
10. What expressions do you use to interrupt politely? 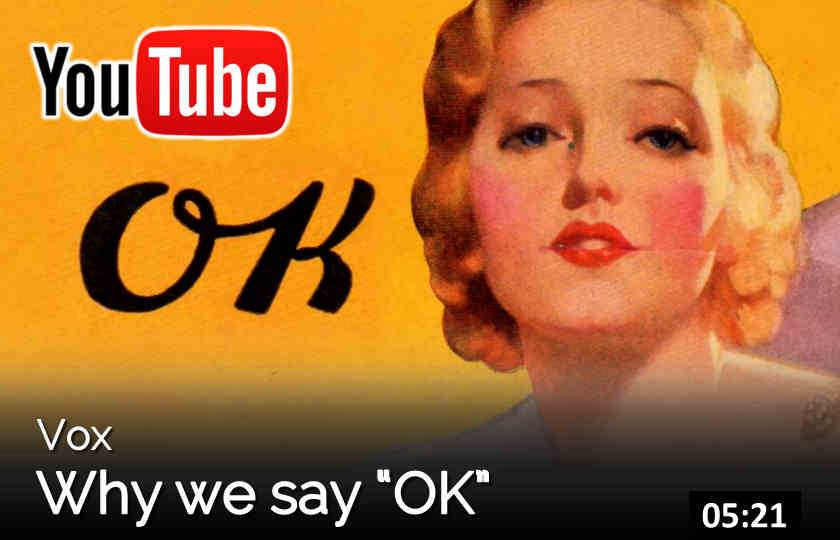 other, as well as our technology. But it actually started out as a language fad in the 1830’s of abbreviating words incorrectly.

Young intellectuals in Boston came up with several of these abbreviations, including “KC” for “knuff ced,” “OW” for “oll wright,” and KY for “know yuse.” But thanks to its appearance in Martin Van Buren’s 1840 presidential re-election campaign as the incumbents new nickname, Old Kinderhook, OK outlived its abbreviated comrades.

Later, widespread use by early telegraph operators caused OK to go mainstream, and its original purpose as a neutral affirmative is still how we use it today.