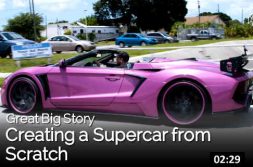 Creating a Supercar from Scratch

Stunts, pyrotechnics, and superstars in sunglasses: that’s what comes to mind when you think of the world behind the scenes of a big-budget action movie, right? Well here’s one more for you: automotive modification.

Matt McEntegart wasn’t a great artist and didn’t know much about computers, but he knew he was good at tricking out average sedans and morphing them into mobile masterpieces. A regular dude with an auto body shop in Tampa, Florida, he never imagined that one of his designs would be used in Warner Brothers and DC Comics’ upcoming film, “Suicide Squad.” 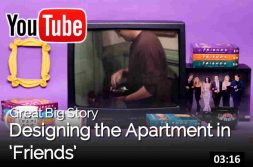 Designing the Apartment in ‘Friends’

ideal of everything New York could be. That’s all thanks to John Shaffner, the man responsible for creating the set of “Friends.” As a production designer, Shaffner has worked on 44 different series and 68 pilots, including “Dharma and Greg,” “The Drew Carey Show,” “Two and a Half Men,” and “The Big Bang Theory.” 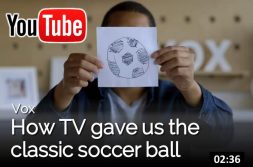 How TV gave us the classic soccer ball

The 2018 World Cup football is a nod back to an iconic design.
When you think of a soccer ball, you probably imagine a classic black-and-white paneled ball. It’s known

as the Telstar ball, and it was created thanks to TV.

The 1966 World Cup in England was broadcast live across the globe and it was at this point that television became a huge part of the sport. Thanks to the BBC, it was seen by four hundred million people. But spotting the ball was a bit challenging.

Back then, soccer balls looked more like reddish-brown volleyballs. And on black-and-white TVs, it didn’t really stand out from the green field.

By the 1970 World Cup, the soccer ball had changed to that classic Telstar. The contrasting panels made it stand out on TV. Plus, the players loved it because the 32 panels brought the ball closer to an actual sphere.

This year’s World Cup ball is called the Telstar 18, a nod to the original design. While the panels have changed to just six propeller-shaped pieces to make the ball even more spherical, the black-and-white checkered design is back. 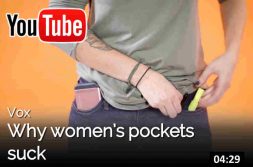 Women’s minuscule pockets favor fashion over function – and it sucks.
It turns out that women went from having what some might call “superior” pockets to the ridiculously tiny

versions we have today. We’ve been asking for better pockets since the beginning of the 20th century, but somehow, not much has changed. What’s the hold up?