1. What images are in your mind when you hear the word ‘English’?
2. Why are you studying English?
3. How happy are you with your English level?
4. What is your best piece of advice to study English?
5. What are the things you like most and least about English?
6. Do you think English is more or less difficult than your language?
7. What’s more important: speaking, reading, writing or listening?
8. What did you think of English at school? 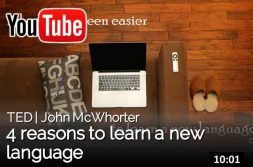 4 reasons to learn a new language 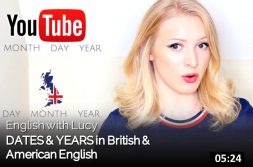 This video will teach you how to say, write, read and pronounce dates and years in both British and American English! 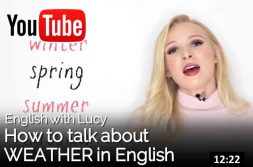 How to talk about WEATHER in English

Learn how to describe the weather and the seasons with grammar, adjectives, nouns, verbs and idioms in this English lesson with your English teacher Lucy. 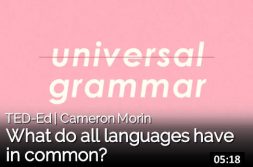 What do all languages have in common?

Language is endlessly variable. Each of us can come up with an infinite number of sentences in our native language, and we’re able to do so from an early age— almost as soon as we start to communicate in sentences. How is this possible? In the early 1950s, Noam Chomsky proposed a theory that the key to this versatility was grammar. Cameron Morin details Chomsky’s theory of universal grammar.