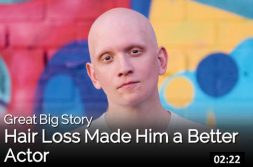 Hair Loss Made Him a Better Actor

Before Edgar Wright and Wes Anderson, before Chuck Jones and Jackie Chan, there was Buster Keaton, one of the founding fathers of visual comedy. And nearly 100 years after he first appeared onscreen, we’re still

learning from him. Today, I’d like to talk about the artistry (and the thinking) behind his gags. 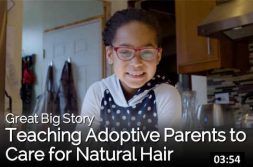 Every child deserves to be properly groomed and to feel confident in their sense of self and in their cultural identity. But for many transracial families, especially those where Black children are adopted by non-Black parents,

hair care becomes a point of struggle. Many non-Black parents find that their unfamiliarity with their children’s natural hair leaves their kids at a disadvantage. That’s where Tamekia Swint comes in. As the founder and executive director of the non-profit Styles 4 Kidz, she is creating a space for parents to learn how to care for their children’s hair without judgment or negative criticism.