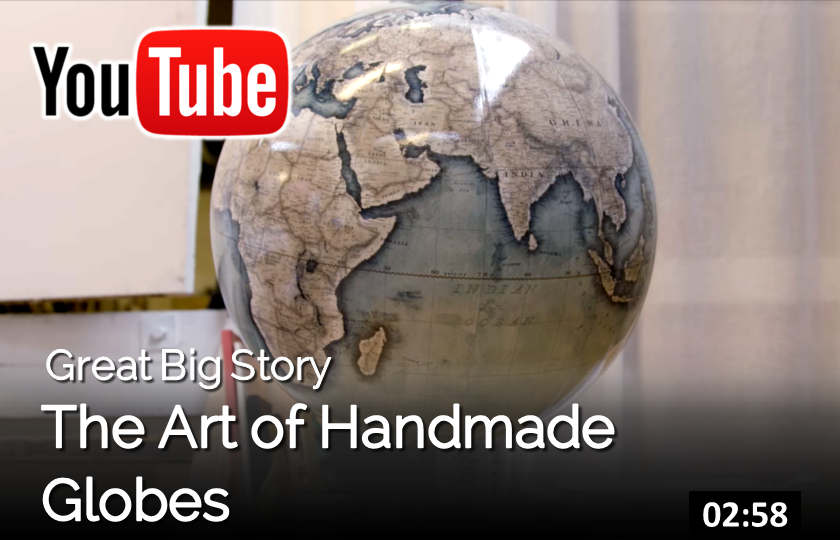 The Art of Handmade Globes

When Peter Bellerby couldn’t find the perfect handmade globe for his father’s 80th birthday, he took matters into his own hands. He spent the next few years learning and perfecting the lost art of globemaking, which turned

out to be a difficult, detailed process. Today, he runs Bellerby & Co Globemakers out of a small London studio with a team of 15 skilled craftsmen who create every masterpiece by hand. 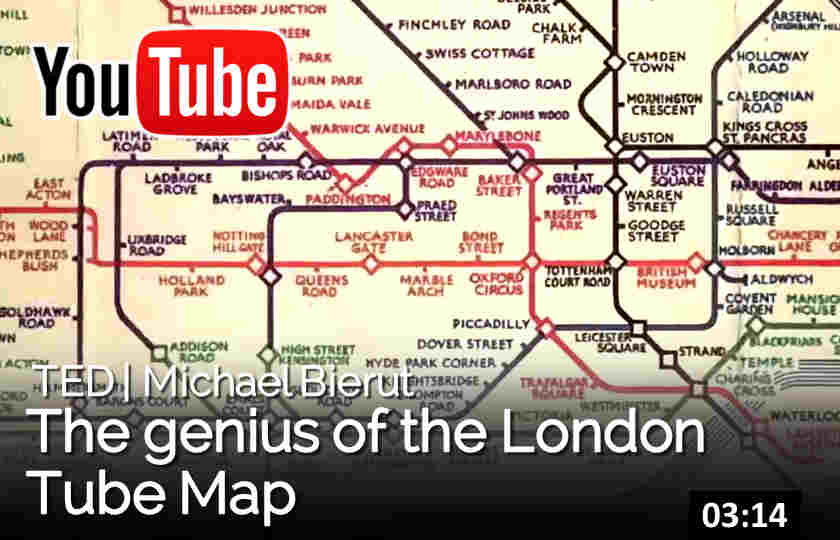 The genius of the London Tube Map

Design legend Michael Bierut tells the story of the accidental success of one of the most famous maps in the world — the London Tube Map. 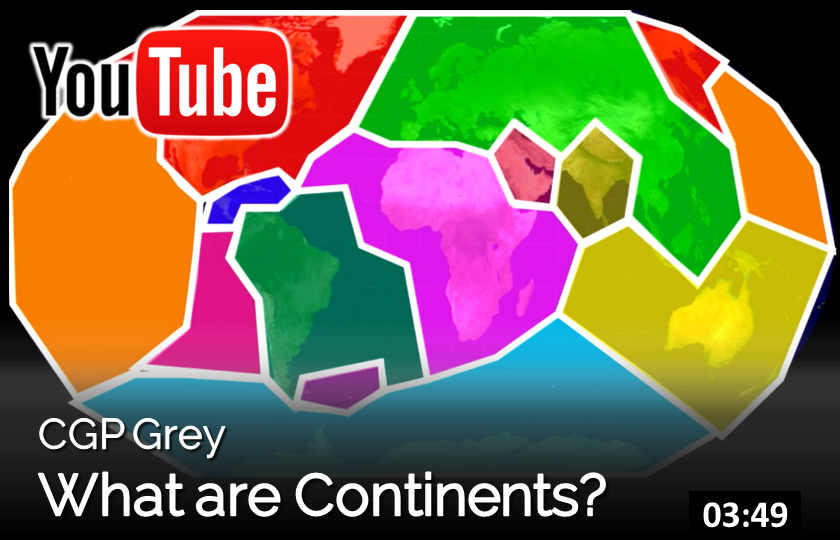 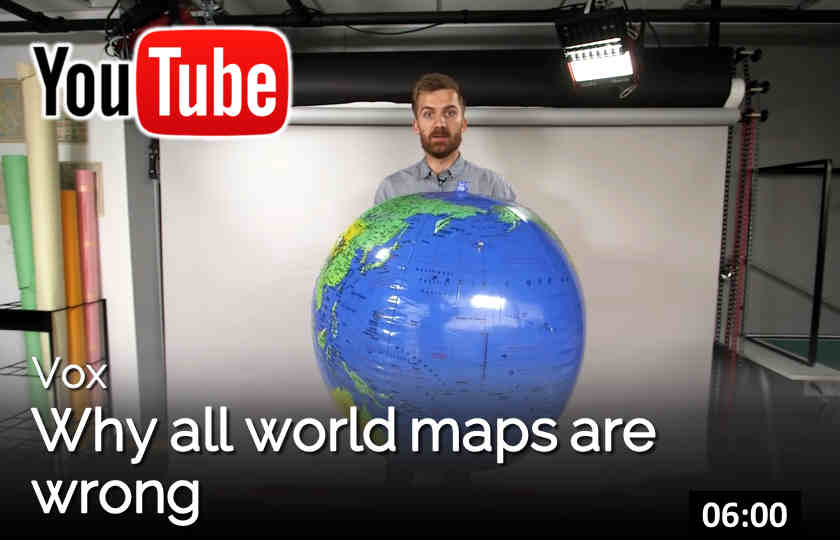 Why all world maps are wrong

just what it takes to turn a sphere into something flat.

His struggle to make a flat map out of the plastic globe is indicative of a challenge mapmakers have faced for centuries: It is mathematically impossible to translate the surface of a sphere onto a plane without some form of distortion.

To solve this problem, mathematicians and cartographers have developed a huge library of representations of the globe, each distorting a certain attribute and preserving others.

For instance, the Mercator projection preserves the shape of countries while distorting the size, especially near the north and south pole.

For a more accurate view of land area look at the Gall-Peters projection, which preserves area while distorting shape.

In the end, there’s not “right” map projection. Each comes with trade-offs, and cartographers make projection decisions based on the particular tasks at hand. But if you are interested in seeing an accurate depiction of the planet, it’s best to stick with a globe.