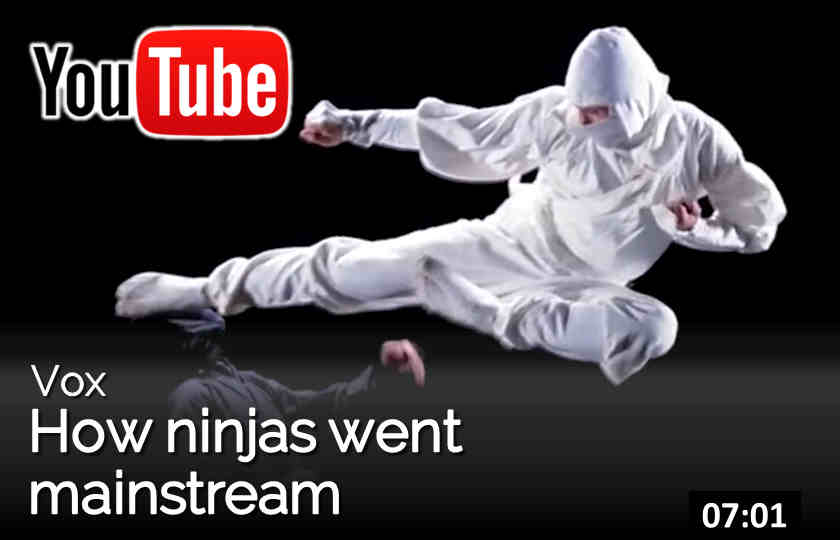 Ninjas are overrat—just kidding, they’re amazing. But how did they become famous around the world?
In this episode of Overrated, Vox’s Phil Edwards gets nunchucked in his heart by ninjas. But why are these

secret killers known around the world?

The history of ninjas is, fittingly, one with many hidden twists and turns. It starts with the real historical ninjas in feudal Japan, who really did practice what we call ninjutsu. Their mixture of espionage, assassination, and combat was similar to what ninja-fans might imagine, though the reality was more about traveling incognito than looking cool in a black jumpsuit.

From there, the ninja quickly became a myth in Japanese culture, entering kabuki theatre as well as manga and novels of the time. Already, the exaggeration of the ninja in Japan had begun, a trend that continued with myth-making Japanese films that vaulted the imaginary ninja into public consciousness.

Finally, the ninja traveled to the West from these Japanese films, first showing up in James Bond, and then becoming part of a ninja-sploitation trend. Soon, Teenage Mutant Ninja Turtles proved the ninja was so famous it could take on postmodern incarnations.

But nearly from the beginning, the ninja was as powerful an idea as a reality, a myth in both Japanese and western culture. And, perhaps most importantly, every version of the ninja — real or not — turned out to be awesome.