1. How much television do you watch every day?
2. What are the good things and bad things about television?
3. What would life be like without television?
4. What are your earliest memories of television?
5. How would society be different if TV had never been invented?
6. How long can you sit watching TV?
7. What do you think of television shows in your country?
8. How will television change over the next few decades? 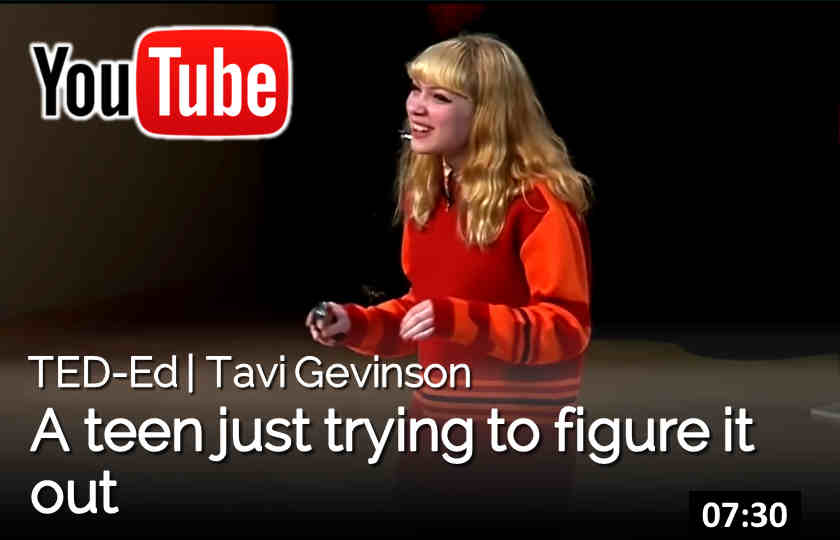 A teen just trying to figure it out

Fifteen-year-old Tavi Gevinson had a hard time finding strong female, teenage role models — so she built a space where they could find each other. At TEDxTeen, she illustrates how the conversations on sites like Rookie,

her wildly popular web magazine for and by teen girls, are putting a new, unapologetically uncertain and richly complex face on modern feminism. (Filmed at TEDxTeen.)

How TV gave us the classic soccer ball

The 2018 World Cup football is a nod back to an iconic design.
When you think of a soccer ball, you probably imagine a classic black-and-white paneled ball. It’s known

as the Telstar ball, and it was created thanks to TV.

The 1966 World Cup in England was broadcast live across the globe and it was at this point that television became a huge part of the sport. Thanks to the BBC, it was seen by four hundred million people. But spotting the ball was a bit challenging.

Back then, soccer balls looked more like reddish-brown volleyballs. And on black-and-white TVs, it didn’t really stand out from the green field.

By the 1970 World Cup, the soccer ball had changed to that classic Telstar. The contrasting panels made it stand out on TV. Plus, the players loved it because the 32 panels brought the ball closer to an actual sphere.

This year’s World Cup ball is called the Telstar 18, a nod to the original design. While the panels have changed to just six propeller-shaped pieces to make the ball even more spherical, the black-and-white checkered design is back. 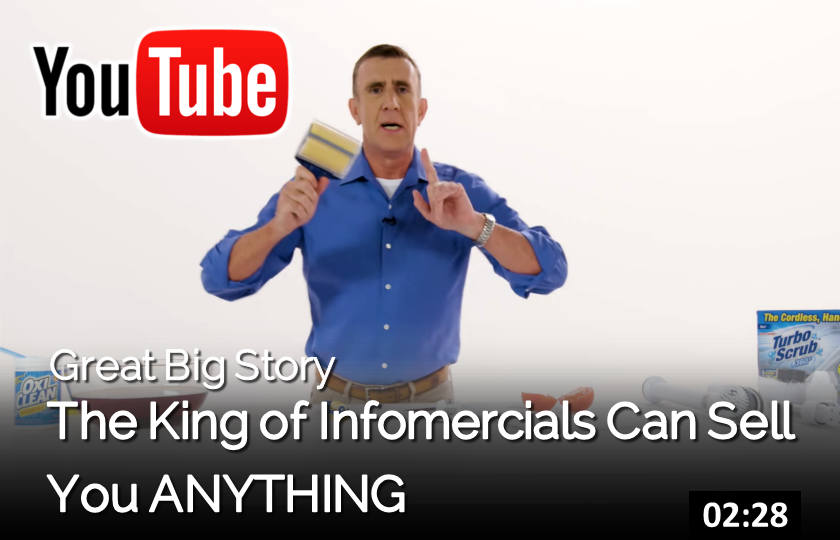 The King of Infomercials Can Sell You ANYTHING

It’s 2 a.m., primetime television is long since over, but you can’t sleep. So you turn on the tube. You’re flipping through the channels and the only thing you see are those weird 30-minute commercials for things you probably

don’t need, but kind of want now. What’s behind this world of too-good-to-be-true products, zany commercials and enthusiastic salespeople? You, my friend, have just entered the world of infomercials—where professional pitchmen like Anthony Sullivan are king. Get the inside scoop on that “as seen on TV” magic.