1. What is your worst nightmare?
2. What’s the most disgusting food you’ve ever eaten?
3. What’s the worst type of natural disaster in your opinion?
4. Can you remember the worst day of your life?
5. What was the worst party you’ve ever been to?
6. What are the worst things about flying?
7. Who is the person you know who is worst at keeping secrets?
8. What is the worst age to be and why? 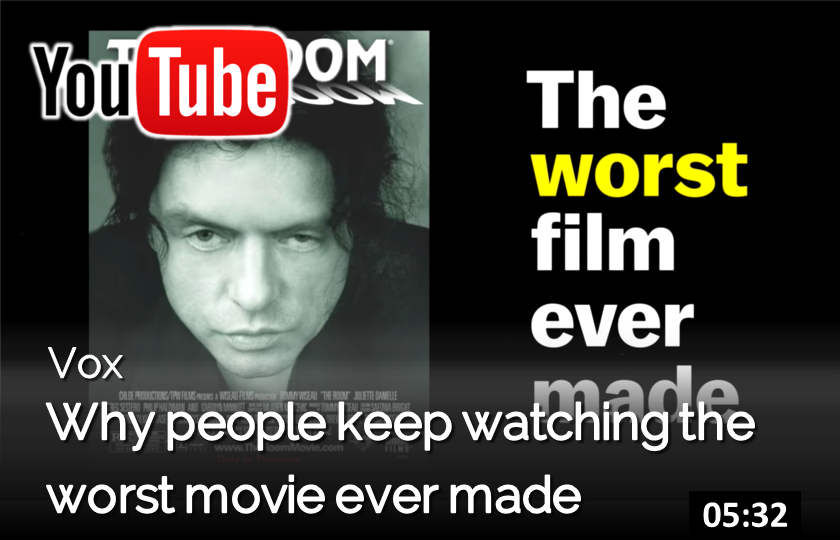 Why people keep watching the worst movie ever made

Many people consider The Room to be the worst movie of all time. So why do thousands of people flock to midnight screenings of it every month?


Tommy Wiseau’s film The Room (2003) is by many accounts the worst movie ever made. The plot barely makes sense, the set design is comically inept, and most of the dialogue sounds like it was fed through Google Translate multiple times. Yet, for 14 years, people have been congregating at midnight screenings all across the globe to watch what some people call “the Citizen Kane of bad movies.”

Despite the film’s incoherency, audiences ritualistically throw plastic spoons, shout call and response lines at the screen, and toss around footballs in the aisles at monthly screenings. Knowing all the inside jokes and participatory cues gives viewers what sociologist Pierre Bourdieu termed “cultural capital.” People who know when to shout specific lines or when to hurl spoons are deemed Room veterans.

Contrary to what you may think, researchers have found that an appreciation of this kind of “trash cinema” can actually indicate higher levels of intelligence. Trash films share more characteristics with avant-garde art films than they do with typical commercial Hollywood fare. Audiences are drawn to both “trash” and “art” films for many of the same reasons, like their transgressive nature and their rejection of mainstream aesthetic norms.

Watch the video to know more about The Room and be sure to pick up Bissell’s book (that he co-wrote with Greg Sestero) to read many more legendary stories about the production of the “best worst movie.”